Essay Terrorism Topics to Write About

Terrorism is a way to achieve, either by one person or a group of individuals, the intended goal, by using force to frighten civilians, or creating danger that causes the death of a person or damage to property, both personal and state. Terrorism topics are rather popular and many students are assigned to write different types of papers related to this issue. That’s why we have created this guide with topics that you can choose from.

You can also use them to come up with your own topic.

Like our topics?
Choose any of 600+ writers to help you with them.
Get my paper now 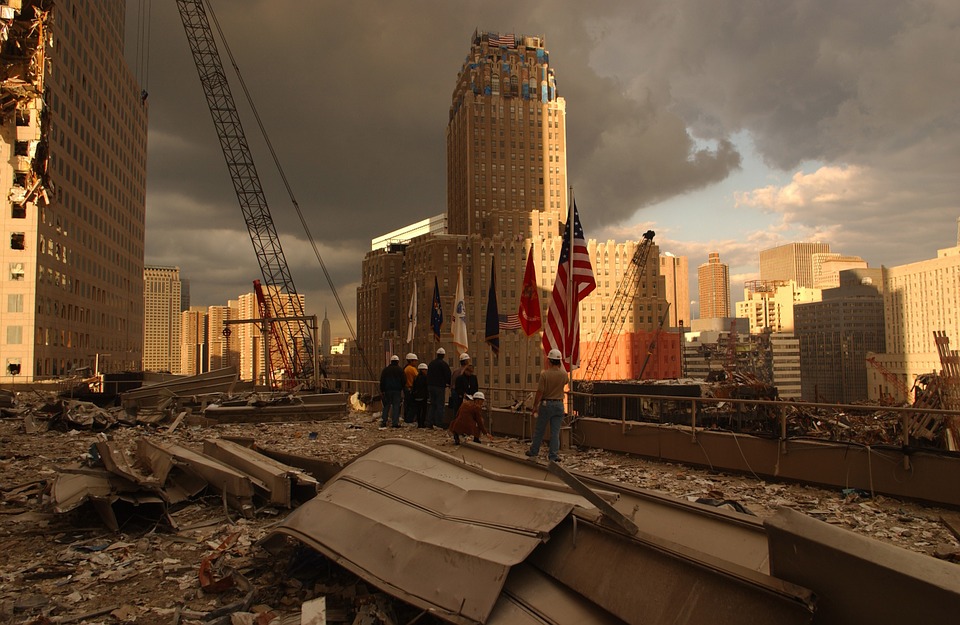 9 of 10 students improved their grades with us.
We can help you, too!
Get my paper now

We hope that our terrorism topics helped you to understand what to write about. However, if it is hard for you to find required sources and write a high-quality paper, then EssayShark can help you. The main purpose of our service is to help students with different types of papers no matter how difficult they may seem to them.

We offer you this opportunity to read our essay sample about terrorism below. The writer investigates how our society should and should not react to terrorist attacks. You are welcome to use our example as a template for your own writing. However, we kindly ask you to avoid plagiarism.

Terrorism Essay Example: How Should Society Not Respond to Terrorism?

Preventing and fighting terrorism is a challenging task for civilians. However, the population should know how to respond to terrorist attacks adequately to avoid the spread of hatred, panic, and horror. Aggressive, emotional, and biased reactions exaggerate the problem and make us involuntary allies of terrorist organizations.

It is common and understandable to feel sorrow and anger when we hear the news about massive shootings, bombings, and hijackings. Unfortunately, strong emotions hinder the ability to think rationally and look for the root of the problem, focusing only on its consequences. According to the Washington Post, “most people have a strong tendency to evaluate political events in a highly biased manner. Instead of acting as truth-seekers and weighing new evidence objectively, we often react to events as ‘political fans,’ overvaluing any new information that seems to reinforce our preexisting views” (Somin). Thus, the first thing our society should focus on is the truthful and objective assessment of each terrorist act. We have to dig deeper in order to understand why extremists act this way and what makes them choose this way to spread their beliefs and convictions.

Along with politically and emotionally biased judgments, terrorist attacks often provoke aggressive social attitude toward representatives of potentially dangerous groups of people. Tragic events cause the spreading of prejudice and negative stereotypes about immigrants, Middle Eastern cultures, Arabic language and culture, Muslims, etc. Such a tendency is beneficial for terrorist organizations as they are perceived by the population as more influential and numerous than they actually are. According to Statista.com, about 18 million Muslim immigrants arrived in Europe. The same website states that there were 704 attacks with 355 fatalities in both Europe and Eurasia that year. Even if we suggest that different individuals from the Middle East alone are responsible for each act, it is clear that the number of terrorists among immigrants is much less then 0.005%.

Loren Thompson, former Deputy Director of the Security Studies Program at Georgetown University, indicates five responses that are “likely to encourage further terrorist attacks: overreacting, blaming immigrants, adopting repressive measures, attacking the threat and its source, and turning to a strong leader.” As seen, the author claims the terrorist attacks to be the factor that also changes the political behavior of society. Thus, the population helps terrorists to achieve their goal and to cause global changes with the least effort.

Inadequate responses to terrorist attacks are one of the goals that aggressors try to achieve. Emotional and biased reactions destabilize the social balance and bring a wide range of negative consequences, such as the spreading of stereotypes, aggressive attitudes, and irrational political behavior. Thus, society has to maintain dignity, help the victims and their families, seek objectiveness, and show no fear in the face of a threat.

“Regional Destinations of Muslim Migrants as of 2010.” Statista, www.statista.com/statistics/221417/regional-destinations-of-muslim-migrants/.
Somin, Ilya. “Why Our Emotional Reactions to Terrorist Attacks and Other Tragedies Are a Poor Guide to Policy.” The Washington Post, 12 June 2016, www.washingtonpost.com/news/volokh-conspiracy/wp/2016/06/12/why-our-emotional-reactions-to-terrorist-attacks-and-other-tragedies-are-a-poor-guide-to-policy/?noredirect=on&utm_term=.b7fa31a9e2b1.
“Terrorism: Number of Deaths by Region 2010.” Statista, www.statista.com/statistics/263275/number-of-deaths-due-to-terrorism-worldwide-by-region/.
Thompson, Loren. “Brussels Attacks: How the Terrorists Want You to React.” Forbes, 22 Mar. 2016, www.forbes.com/sites/lorenthompson/2016/03/22/brussels-attacks-how-the-terrorists-want-you-to-react/#cb2dac35f173.

You can contact our service any time you need help, as we work 24/7. Our essay writers implement individual approaches for each student and the tasks they have. Your paper will be organized exactly as you want it. Moreover, our writers stick to academic standards while writing papers. We try to satisfy all customers’ needs.

Get accompanied in your writing by a professional writer! Our aim is to help you solve any writing problem!

36 thoughts on “Essay Terrorism Topics to Write About”